This Discussion is now a Draft.

Once it's ready, please submit it for review by our team of Community Moderators. Thank you!

This Discussion now needs to be approved by community moderators.

Fan graphs offer an intuitive way to identify a past trend and forecast the next one. Learn more about this new tool for visualizing question group time series here. 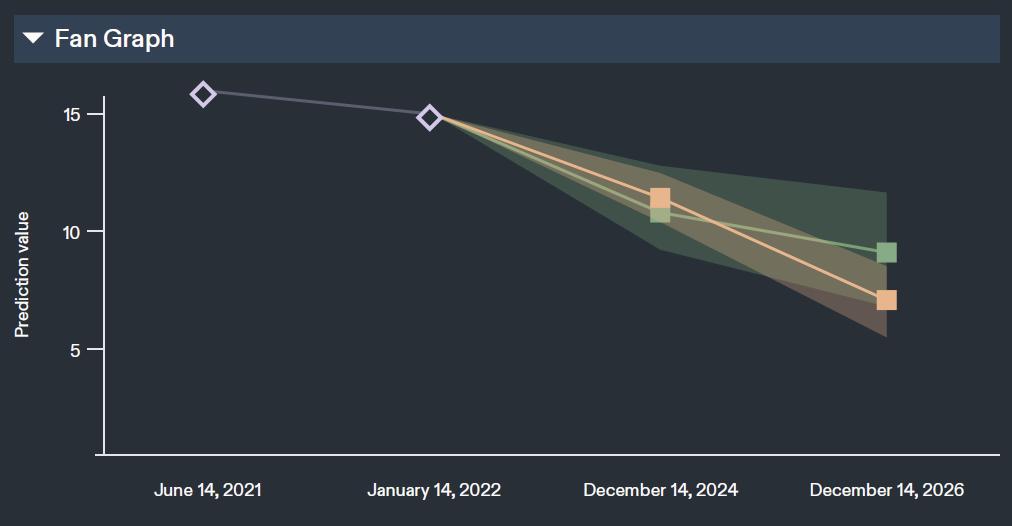 Create Your Own Question Groups

You now have the ability to create and submit your own question groups. Simply create a question, select 'group' from Question Type, and add your subquestions. 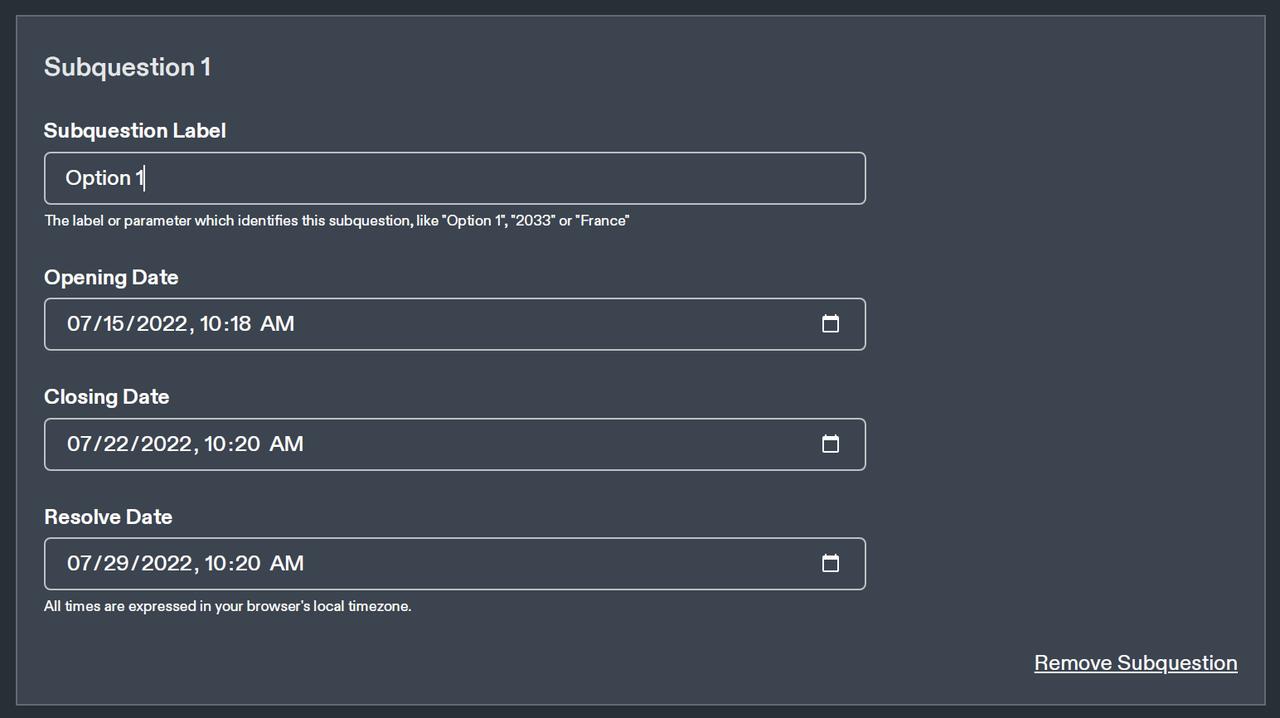 Faster, more consistent forecasting across all kinds of forecast questions

There can be only one

Who will be the next prime minister of France? Which country will win the 2022 FIFA World Cup? Some contests can only have one winner. When a question has multiple, mutually exclusive potential outcomes, question groups can bring binary subquestions together on one page to simplify comparisons and facilitate forecast updates.

Forecasts can be input for each outcome, and additional options may be added over the life of the question group. For example, on this question, as political winds shift, additional candidates for prime minister may be added to the page.

Question groups also allow for many questions to be asked simultaneously, but it's not required that you predict on every subquestion or outcome within a group. This World Cup question comprises what are in fact 32 different binary questions, and each is scored independently.

While question groups with multiple binary outcomes are not identical to multiple-choice questions, this feature update does streamline the process of forecasting on mutually exclusive outcomes.

For some questions, only a set number of binary outcomes can resolve positively. Only five cryptocurrencies can be in the top five by market cap. Question groups make it easier to keep your forecasts coherent by allowing you to see your predictions on related binary outcomes all in one place.

Forecasting multiple sequential dates or a numerical outcome at different time points is challenging enough without worrying about conflicting forecasts. Question groups give you confidence your related forecasts make sense relative to each other by letting you see them all, in sequence, in a single location. For example, you might confirm you’ve predicted progressively wider distributions the further into the future you look in order to reflect your greater uncertainty.

Radio buttons next to the table change which question's plot is displayed and which subquestion is being forecast.

Multiple forecasts can be submitted with a single click. Simply input your forecast for each subquestion or outcome and click the Update button when finished.

Getting started with question groups

We’re also proposing creating the following question groups. Comment below with whether you’d like to see these as groups, and let us know other question groups you want to forecast on.

Question groups with numerical subquestions have already been implemented in the FluSight Challenge and the Ukraine Conflict Tournament. Access them below:

What happens to comments?

How are question groups scored?

Each outcome within a question group is its own subquestion and is scored as an independent question.